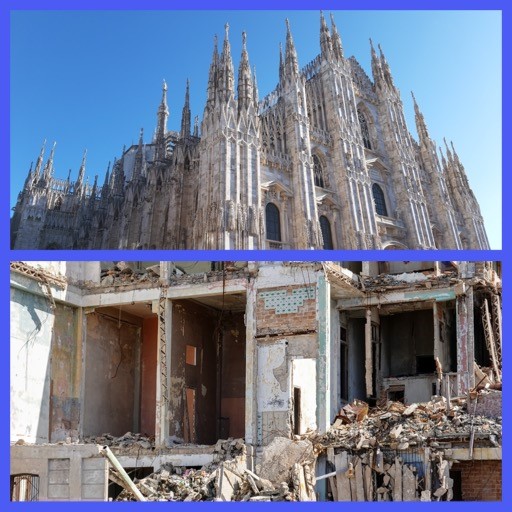 Why Do Structural Engineers Over Design Things?

First, let’s consider that if you were responsible to safely support the public in a structure that was intended to last for decades, you might be a little conservative in your design.  The thought of your design possibly failing and endangering people might cause you to lose sleep at night and worry “what if steel beam or bolt was a little weaker than you intended.”

Second, and thankfully, structural engineers do not use failure/collapse as the minimum criteria for an acceptable design. This is a very low bar to clear and if it was the minimum requirement, building failures might be commonplace. Would you want to work in a building that might be one heavy filing cabinet away from collapse? Fortunately, we do not think of buildings as being susceptible to the proverbial straw that broke the camel’s back.

Building codes require by law the incorporation of minimum safety factors for building structures.  These are typically included by way of design guidelines/specifications for building materials (such as concrete and steel).  These guidelines are developed by the various industry professional organizations.

The next question is “So what is failure and yield?” Building safety factors are reductions from the yield strength of a material for the design loads. Yield is not the point at which a material fails. For example, no one wants to use their stairs once and then they collapse and need to be rebuilt. Lack of failure/collapse is a low bar to acceptance. If this were the criteria, it would mean that if the building did not collapse, then the provided strength was acceptable. This would be regardless of its physical condition after the first use or multiple uses (i.e., it could be bent, deformed, sagging excessively, leaning, etc. and still not have collapsed).

Yield strength is the point beyond which the building material will not return to its original position after it is used. Everyone expects that a building will stand for a long time and therefore it will be used repeatedly. Using the stairway example, no one wants to use their stairway for the first time and have it become permanently bent. We all expect to use the stairs many times and that they will not become damaged by repetitive use.  Therefore, yield is a point that designers intend for structures to never reach. This way after many uses the structure returns to its original position and shows no deformity, which would indicate it has been used before.

So, to help ensure yield does not happen during the life of a structure, the design strength or applied loading must be kept below the yield point by a factor of safety. Often the safety factor to yield is in the range of 1.5 to 2.0, which means that the structure has 50% to 100% extra capacity before it reaches the yield point. This is comforting to know that even if you have a big party at your house, packed full of people, that your living room floor won’t collapse or if the concrete used to construct the columns supporting that floor was slightly below the strength that the designer intended, the building won’t collapse. Because of safety factors, we don’t have posted weight limits at our front doors and weigh each piece of furniture as it is delivered.

Safety factors are also impacted by the importance of the building. For example, a structure that contains a lot of people like a hospital, auditorium or theater has a higher chance of personal injury if it fails than a barn or storage shed. So, the minimum safety factor is required to be higher on more critical structures.

Part of what goes into the safety factor is the applied load and not just the material strength.  Building Codes prescribe required minimum structural loads, which include live loads that consider the variability of loads in a building like people, furnishings, cars in a parking garage, or stored materials in a storage or warehouse facility. Often these loads are heavier than could physically be accommodated by the structure.  So, there is some safety in the over estimation of the loading, which is required by law.

Other things like environmental conditions imposed on the structure, statistical variability in material strength, and variability in usage affect the value of the minimum safety factor.  For example, cranes are designed with a safety factor of four, primary due to the consequences that might occur if a crane component fails.

Higher safety factors cost more money. Early in my career I was designing a building for an insurance company who wanted to make a point that designing a structure to resist earthquakes was not much more expensive that a “standard” building. After the preliminary costing of the earthquake design came back, it was decided to stick with the Code required “standard” building. Due to the high cost.

Next time you see a large steel beam or concrete column, be amazed at the amount of load that element must be supporting and be glad that factors of safety exist, and not that the element is way over designed and could be much smaller.